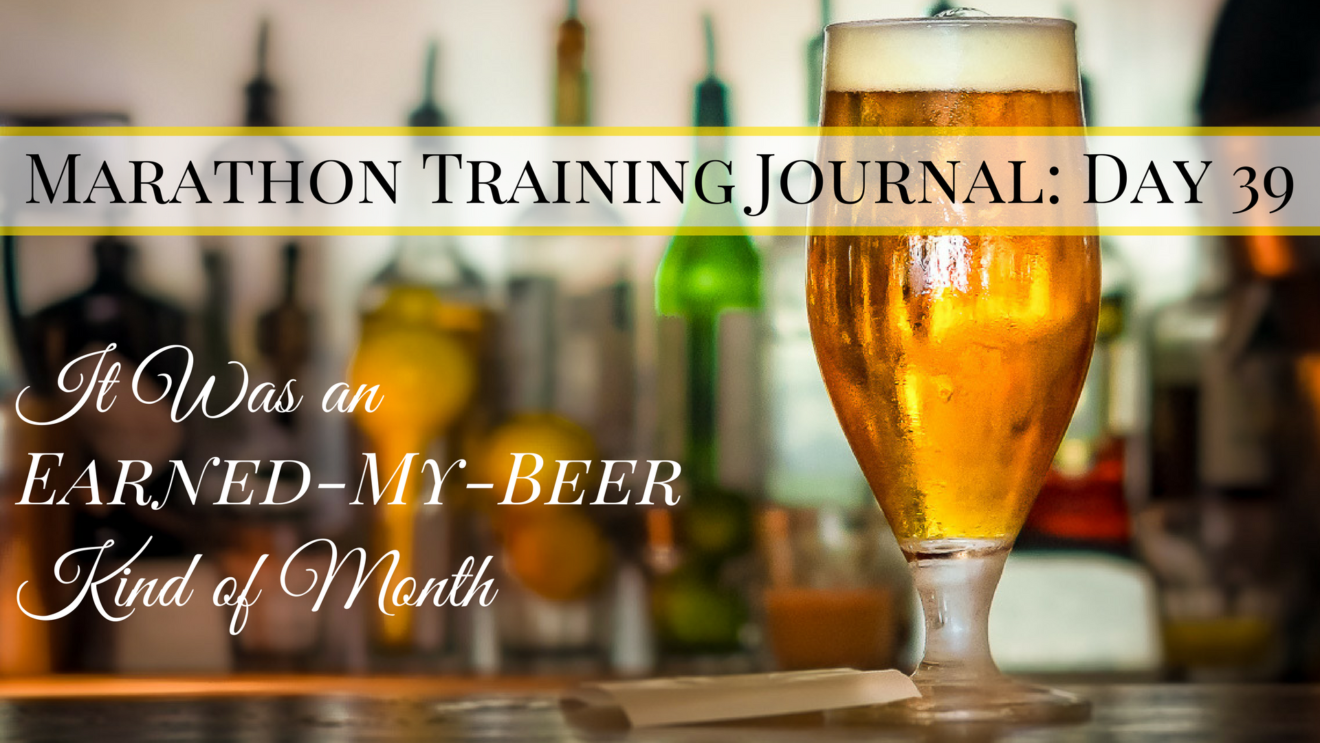 It turns out I didn't have time to get into trouble this last month. I was too busy running.

Earlier this week someone asked me casually how many miles I'd run this month and I wasn't sure. It would be one of my higher months, and I knew that, but that was the extent of it.  I tend to treat each week one at a time and I do like to know roughly what I'm doing in a seven day period, but the way I use my stats makes it pointless to reference monthly mileage until the month is complete.

Experimentation is the Motivation Behind the Madness

I wasn't aiming for any particular number of miles. Curiosity got the better of me in early August and taking a calculated risk to learn something new is difficult for me to resist.

My marathon is a night time race and as an early morning runner, this is a new game for me. I wondered what trends would show up as I incorporated some evening running into my schedule. It meant snipping a little off of some of my morning runs on some of the days to add a few miles in the evening.

Running twice a day had a different effect on me to what I'd experience if I just ran all the miles a double day in the morning. I knew I would notice some differences, but I didn't really know what they would be.

Aside from the evening runs, which never exceeded a little over four miles at the most, my experiment also includes dialing back on the hard speed work and doing the minimum on the program, while slowing my easy runs even more and increasing the distance in a week; give or take.

Garmin and Runkeeper vary by a few miles on their feedback. Garmin showed 105-something and Runkeeper had a little under 102.  The only thing that surprised me is that the discrepancy wasn't bigger. I don't check Runkeeper very often and my watch syncs up (when I remember to turn on bluetooth). There is always a slightly shorter distance on Runkeeper. In the grand scheme of things, it's irrelevant, but it might bug the more stat-obsessed runner. 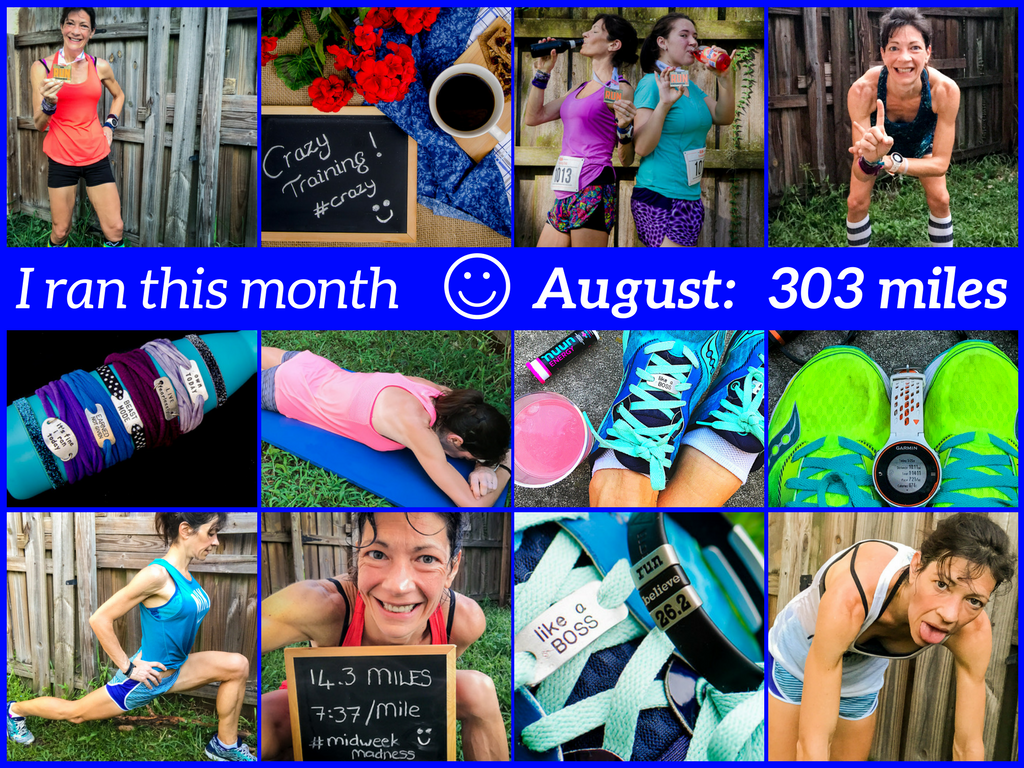 The Hardest Part of a High Mileage Month

Time. It really came down to available time and lack of it. I put much of this down to the double runs.  The days when I only ran in the mornings were more organized and much calmer. When I ran twice, aside from the extra run, short as it was, there was another warm up and a shower. It started to tack hours onto the end of my already long days. The price I paid was less sleep and an ever growing backlog of things that I just could not get around to doing.

I didn't feel worse off for the high mileage as much as I did from the lack of sleep that became the upshot of the whole exercise.

Now I won't abandon the evening runs, but this gave me a good indicator over a period of weeks as to how my body responded to the demands of training and overall, how I coped with juggling more within a day.

I use my Garmin to log my runs just like the next person. I like to see how many miles I did on a given day. Ask me on Wednesday how many miles I ran on Monday and I probably couldn't tell you. For me, the whole idea of having a log is to have a point of reference. Recording details can be helpful in spotting trends. I find this useful feedback.

Smoking out  a fast eight mile run three weeks ago might have made me feel great on the day, but it's quickly forgotten. Everything fits into the bigger story, but nothing really means that much as an isolated statistic.  Unless it's something you are proud of achieving or perhaps something where you've worked hard and broken a barrier. That's different. That touches on personal achievement and it is incredibly important in training; I'm not dismissing that at all. But that's not what I'm tracking because it doesn't have relevance in telling me how I'm responding to training.

What I Learned From a Comparison

The high mileage on its own didn't seem to hurt me, other than the side effects of too little sleep. There were some days when I could feel my legs carrying a lot of fatigue. That is normal, especially after a speed session or later in the week, after numerous back to back runs.

What I did notice though, was that it was a lot harder to split up a run. Knocking out 12 miles in the morning and then going out for another 10 the next day doesn't leave me feeling to beat up. Running eight miles in the morning, then three in the evening and eight or nine the next morning piled up really quickly.  The days when I had longer morning runs and no evening run made the following day so much easier.

So where does that leave me? Well, I'm still using my beautifully flexible training plan. I love it because it gives me a structure and I can follow it to the letter or adjust to to work for me.

I still prefer the way I feel with more miles and less speed. Both are very important, but for what I'm doing and what I enjoy, higher mileage at easier efforts and the bare bones of the speed work seem to work better for me right now. Perhaps that will change. Perhaps it won't. I'm dealing with where I am now.

Evening runs stopped altogether this past week and I only did one at the very beginning of last week because I wasn't well. They will be back, but I will need to restructure them. I think they will work better for me with fewer of them.  Adding extra miles in the morning and doing one substantial run seems to be a sweeter spot for my body.

There is really nothing to say about it. I did it, I was relaxed and enjoyed it. I think it was around nine miles. That's all I need to know. The two younger dogs, however, were delighted with my run. They came to show their appreciation as they took turns helping themselves to my electrolytes. They are my little salt lickers. 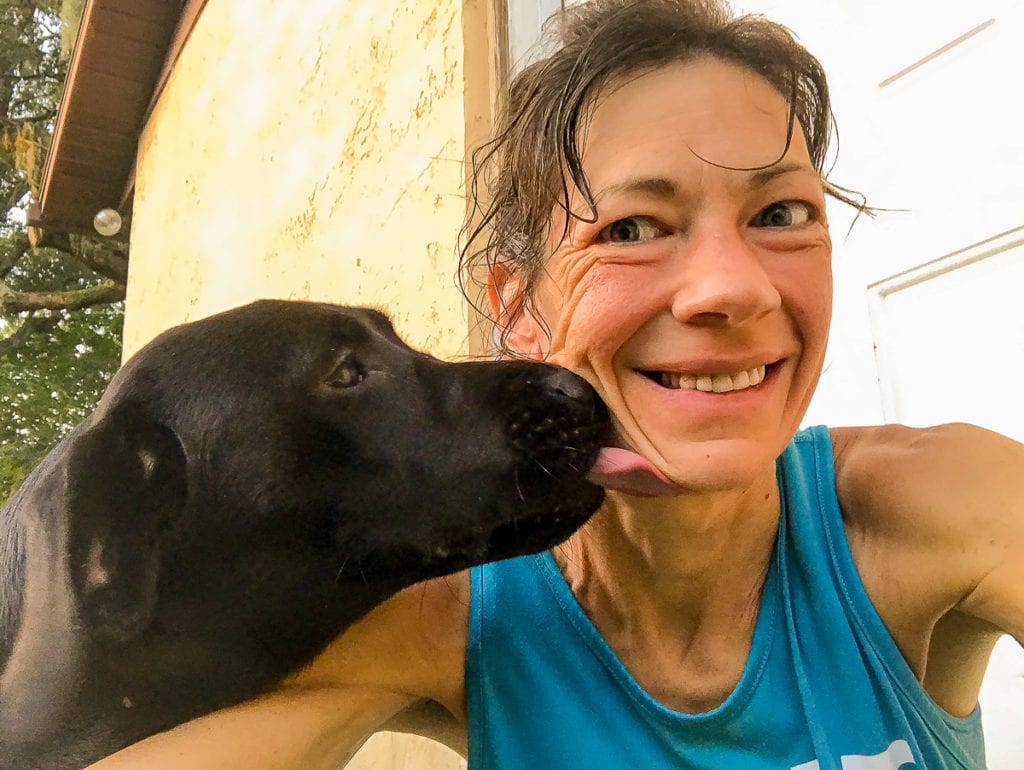 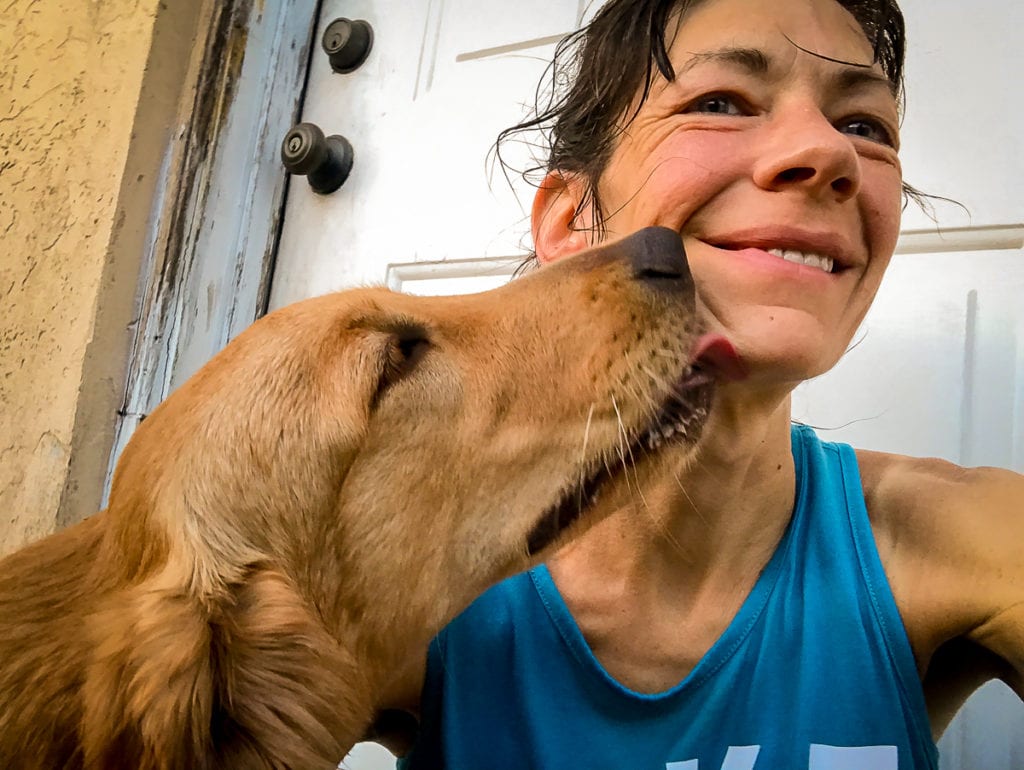 Tomorrow, I'm just going to do a short, sweet shake out run and stay near home. Thirty minutes will do the trick and I'll spend some time with my foam roller and voodoo floss.