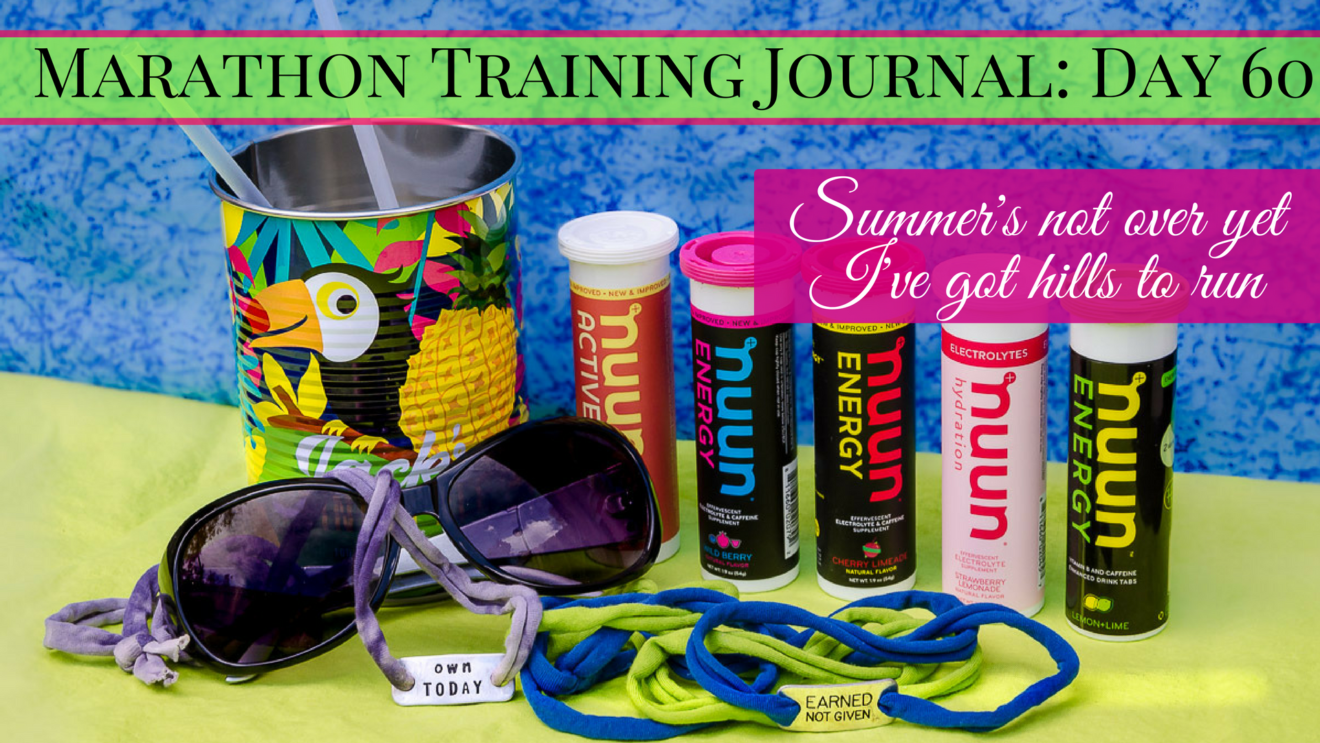 Running Uphill Because That’s the Workout

I've made it through the week so far without deviating from the training plan. Although I did modify the hill workout today, the option I choose was actually written. So once again I was a good girl, which is totally going to trash my reputation.

Either of the workouts given were fine, but I chose the one with longer hill sessions on a less intense incline. This let me run them at 5K race pace instead of maximum effort sprints. Not only do I prefer this, but I'm being careful not to tax my body too much today since I have my long run tomorrow. Remember what happened last Friday? I'm not in the mood for a replay of that one.

Well, maybe not that bad. It does eventually cool off, but this idea that it's all over on September 21st clearly came from people who stay indoors and never travel. And they don't live in Florida.

It didn't feel oppressively hot when I opened the door this morning, but the wall of humidity countered that. There may be occasional days of respite, but I've actually got used to it now. Consciously waiting for things to cool down just draws unwanted attention to the heat, so I'll ignore it and wait. It should ease up in the first half of October. There's always that one day when you suddenly notice you aren't pouring after the first 10 minutes.

Summer will end just about when I'm preparing to enter the taper phase. I know. I picked well this time!

Through repetitive habit and because it works for me, I naturally trend towards a conservative start for any distance. I need the time to get into the run. This workout didn't start at a fast pace. The aim was to keep it steady and easy.  I had to start with the first mile at the pace I wanted to hold for the first five to six miles.

I say five to six because that's about where I'd be by the time I got to the hill I chose for today.  The route I took to get there then gave me a mile and small change after the hill workout to get back home; plus a shortish walk.

My calculation was pretty accurate. I even managed to keep my pace almost perfectly even, with only a few seconds difference here and there. I'm sure there is some deep science behind it.  And no doubt that a certain level of skill is involved in being within a second or two of the pace you need. For me, today, it was a bit of a lucky shot and I started at a rate I could sustain without speeding up or slowing down. Or remembering to look at my watch.

That's where I got the biggest sense of accomplishment. Running by feel and being right on target.  Done!

The variation on the hill efforts today made the run feel so much less exhausting. Choosing anything at 5K race pace – even running an actual 5K – is not something I do voluntarily.

Yet after getting used to bracing myself to gasp for air with a hard effort, well beyond a speed I could sustain for more than a minute, this felt like a dream. Or perhaps the hills workouts are starting to yield rewards.  The reason doesn't matter to me. I was suitably tired each time I reached the top to the point it felt good to stop.  The work was in there.

The difference between a very hard effort and a moderately hard one is unmistakable. Recovery was so much quicker and instead of walking back down, an easy jog back to the base was adequate to get my heart rate low enough to tackle the next one.

Today's Nuun flavor of the day was Strawberry Lemonade. One before the run and one after. It doesn't take long to chug the post-run electrolyte water. I don't sip that one like a lady!

After the mess I made of my long run, that wasn't even that long, on Friday I'm very aware of what I do today. There will be at least an hour set aside for a good foam rolling session and some light strength work to engage my core so I keep my posture in check.

Tomorrow's run is long enough that what I eat, how much I rest and how hard I push today will reward me or bite me in the butt. It's also one of precious few that allow me to put my fuel trials through an adequate test.

What works for 14 miles isn't always the answer for 18 or 20 miles. Figuring this out often feels like a crazy game with a blend of strategy and luck. Tomorrow I am testing a different mix of fuel. There will be no gels. I found gels that work for me, but less sweet is better.

Here is a peek at what is going through the mill with me tomorrow. 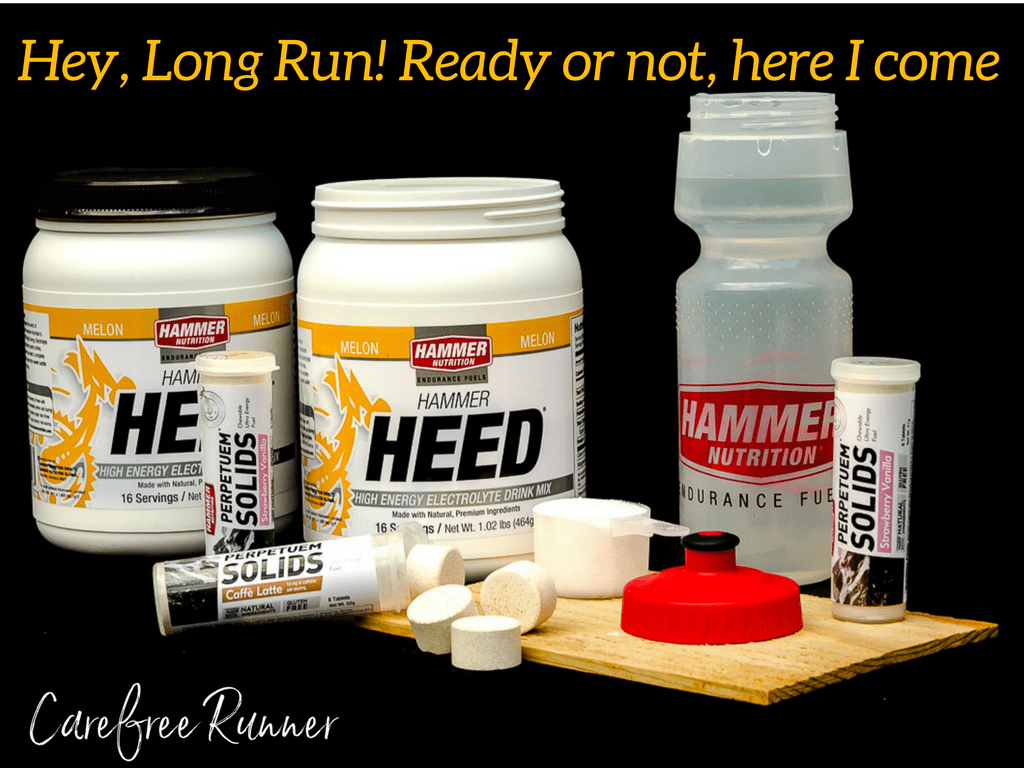 On The Fuel Menu

My order arrived from Hammer Nutrition last week. I like the Hammer products. Even the gels work for me, but I don't want to carry things that generate trash and wrappers are slippery suckers in sweaty hands. Also, if the weather is cold, which we expect for the marathon, chilly fingers become fumble fingers.

Hammer Heed is familiar to me. I've used it for a number of long runs, including a marathon with no side effects. I did test Perpetuem, one of the signature fuels of the brand, earlier this year. I didn't care for the consistency in my mouth. It's hard to explain, but I couldn't swallow it during a run. Now they have the Solids, which I've tried on a ten and twelve mile run with no issues.

Tomorrow I'll get to see if it's worth its salt over a longer distance.

I'll give the full run down in my journal after the run tomorrow. I'm cautiously optimistic. If something goes wrong it's going to be because I screw up the timing and quantities on these. No pressure. If it goes wrong, it's all on me.

Check back tomorrow. I need this to be successful!