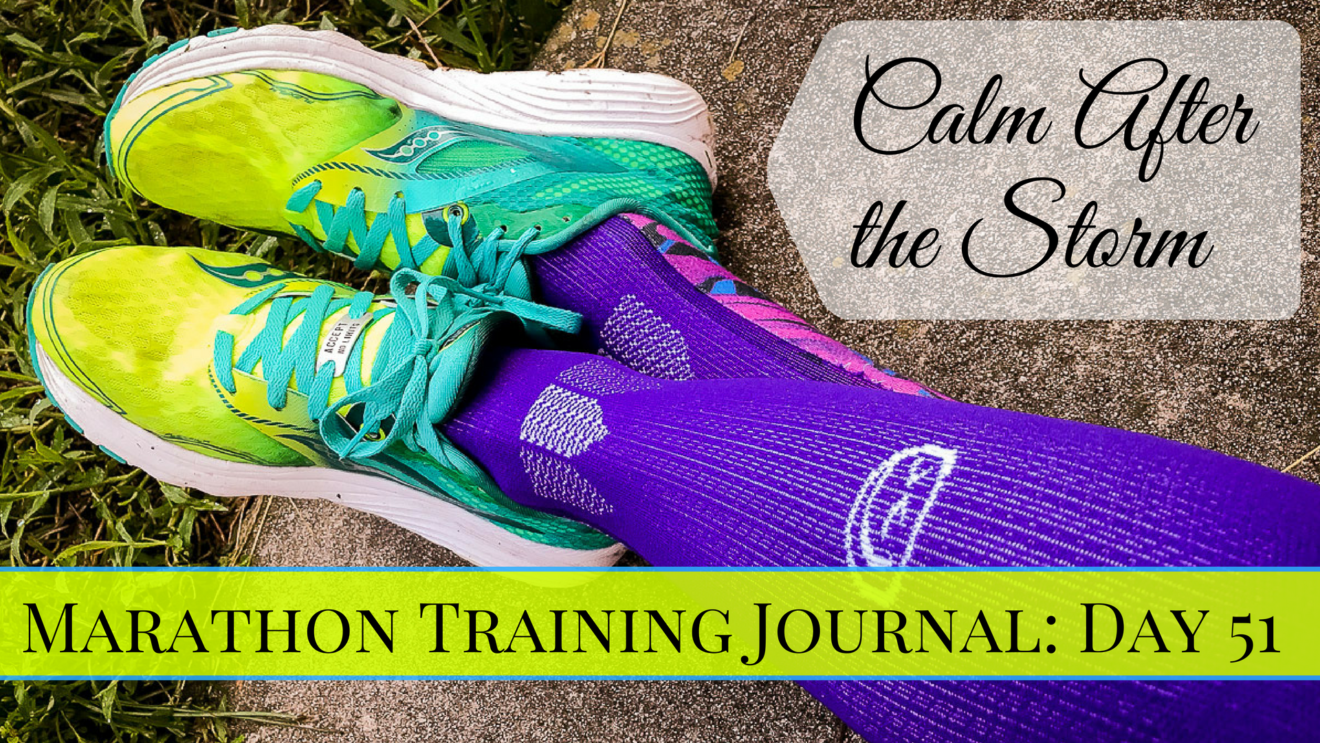 With Hurricane Irma out of the way and a few missed runs due to the weather conditions, it felt great to just get out today. There was no hope of a smooth training run. Still so much debris laying around. But after being cooped up in humid post-storm Florida with no power or air conditioning for a day or so, anything outdoors wasn't going to suck.

We Are Fine and Very Thankful

My last run was my 18 miler on Saturday and I knew it at the time. That's why I saved my long run for the weekend. We had a curfew in place for our county from Sunday until yesterday evening.

We came out pretty well, considering; just a terrible mess to clean up, which I'm not entirely sure we can handle ourselves.  But the house is fine and nobody was hurt.

I counted yesterday's front yard clean-up as cross training and apparently with good reason. If it hurts, I worked it. And boy, does it hurt!

My glutes are so tight today it was hard to pick up my feet properly.

With the curfew lifted last night, we just wanted to get out. My husband suggested I plot my possible routes for today so we could drive around and check to see that the roads and trails I could possibly run are clear of debris, flooding and, as I've learned from previous experience, to ensure that part of the trail hasn't completely washed away!

I was going to do hill repeats today so we drove around the route and got about halfway through before realizing that wasn't going to be the direction for today's run. A large portion of the asphalt trail was completely under water.  It was like a big lake. Given that it is bordered by a busy four lane road on one side and a fence with lots of shrubs and hedges on the other, there is no way around it.

We had a few more dead end avenues due to flooding or obstructions before finding a stretch that would give me about eight miles and some change No decent hill, but that's fine. There was still quite a lot of debris and some oak branches across some parts so I tried to make a mental note for when I left in the dark, early in the morning.

Making The Most of What I Have

Getting to run today was a bonus. It was a gift. Last time we had a hurricane – which was the day my previous marathon training cycle started (I know, it's like a set-up!) – it was impossible to get out and run for a few days. At least, it wasn't feasible to go out and expect to be safe. This didn't look so bad. Everyone seemed very keen to get things cleared up as quickly as possible.

I just needed to get out.

After making do with room temperature food that should have been either chilled or hot, dinner last night felt like a waste of time. You know when you snack on things and you're neither hungry nor satisfied? That's how it was. So my energy stores were going to be a bit under today anyway.

Dinner was something different. It would have been so nice right out of a chilled, powered up fridge!

What I would have preferred was a bit of Saturday's pretzel with beer sauce and honey mustard that we ordered to share. And a cold beer!

There was no such thing in this house. The next best option was to get some sleep.

So the alarm was set for the usual 4:15 am and it was business as usual.  Well more or less.

I stopped midway through my warm-up to help an elderly man drag a fallen tree branch out of his driveway so he could back his car out. We chatted for a brief while, I petted his dog and carried on with my warm up.

There was no reason to ruin the run by putting expectations on it.

I must admit, I was a bit nervous going out this morning.  Even doing a walk through the streets in the area and a drive through last night, things shift around. Loose pieces of goodness knows what that was shaken up in the storm often finds a way to fall later on; just when you think it's safe. So there was a healthy dose of apprehension that joined me on my run. For the most part, though, it was dominated by a sense of gratitude and freedom.

I stayed off of the sidewalks and kept to the road wherever possible. Many areas had street lights that were out and there were areas that usually have some soft lighting that were shrouded in complete darkness. Not one to look at my feet when I run, it was hard to settle on where to fix my eyes. The ground in front of me or whatever was inches away from where my foot would land next.

If It Moves It's a Predator

Every sound I heard as the breeze rustled through all the fallen leaves and mess on the ground made me nervous.  I just assume if it's in the bushes and can be heard but not seen, it's a snake or something else I'd rather not find.

It probably sounds like it wasn't a great run, but once I got used to paying attention to my surroundings in a different way, I settled into it.

It was impossible to keep a steady pace because there was so much side stepping, skipping over things and jumping as well as places where it was necessary to walk.

Things still felt a bit strange. There wasn't the usual bustle of traffic with all the schools closed and many businesses not ready to open doors yet. But getting out to run brought back some normal and it was kind of fun.

A Little Bit of Light Makes All the Difference

When I hit Mile Four I turned onto the trail along a busier road and all the lights were on. I could see clearly a good way ahead of me and felt more certain of my steps. Maybe it would have been smarter to stay at home, but … I needed this and I'm glad I went and ran. This wasn't for training. This was for me. And I have to take care of myself to be effective when I'm training.

I managed to pick up the pace slightly, still stepping over some loose leaves and sticks, but feeling much more sure footed. If only my butt didn't hurt so much from all that squatting and standing, fulling a whole box of outdoor trash bags with the clean up yesterday. Yes. It definitely counted as cross training!

This is quite possibly the most boring and uneventful post I've written about my runs so far. Yet it was probably the most unique. Perhaps it's one of those situations where you just had to be there. It's hard to describe. I was uneasy, unsure of almost ever step and terrified of falling or hurting myself; yet I felt so happy just being out and appreciating the freedom that comes with the opportunity to get out and run.  I needed this. Not a typical recovery run. But it was a recovery run for my mind. It gave my head some breathing space.  It cleared away the cooped up feeling I had after being stuck at home for a few days. 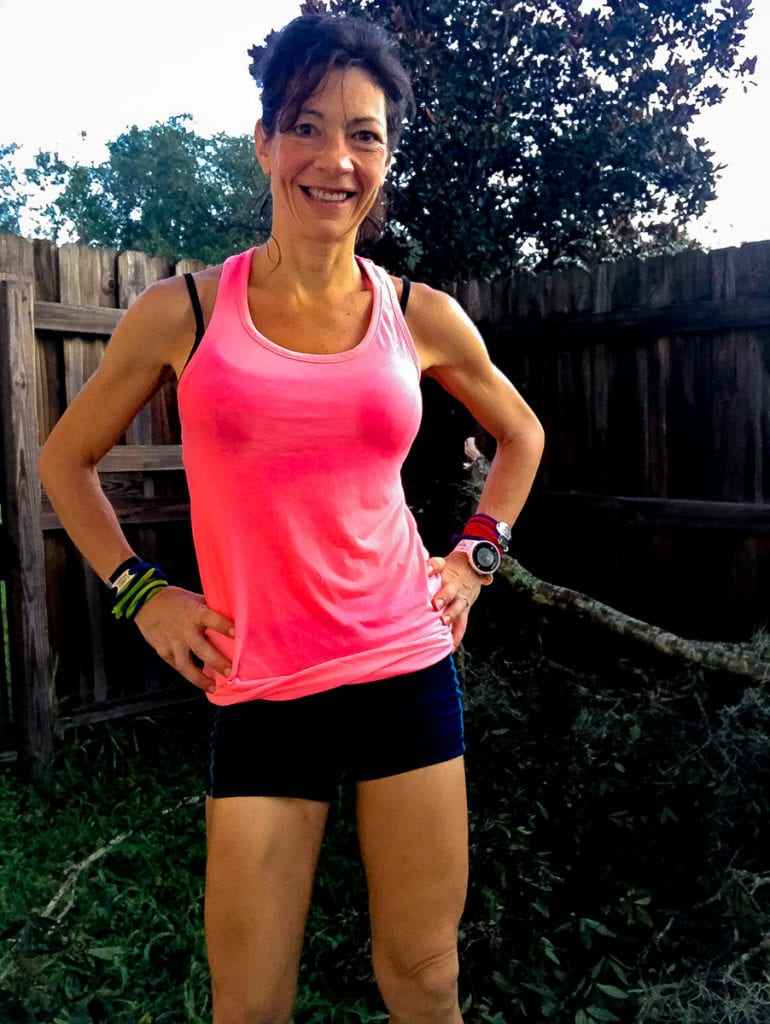 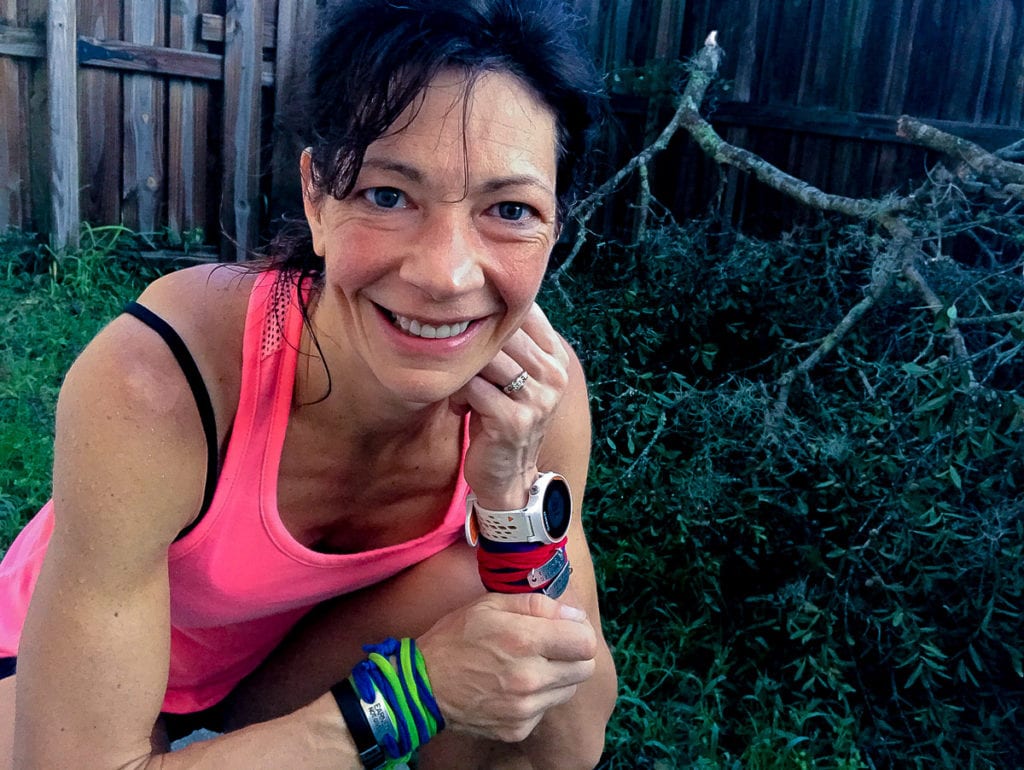