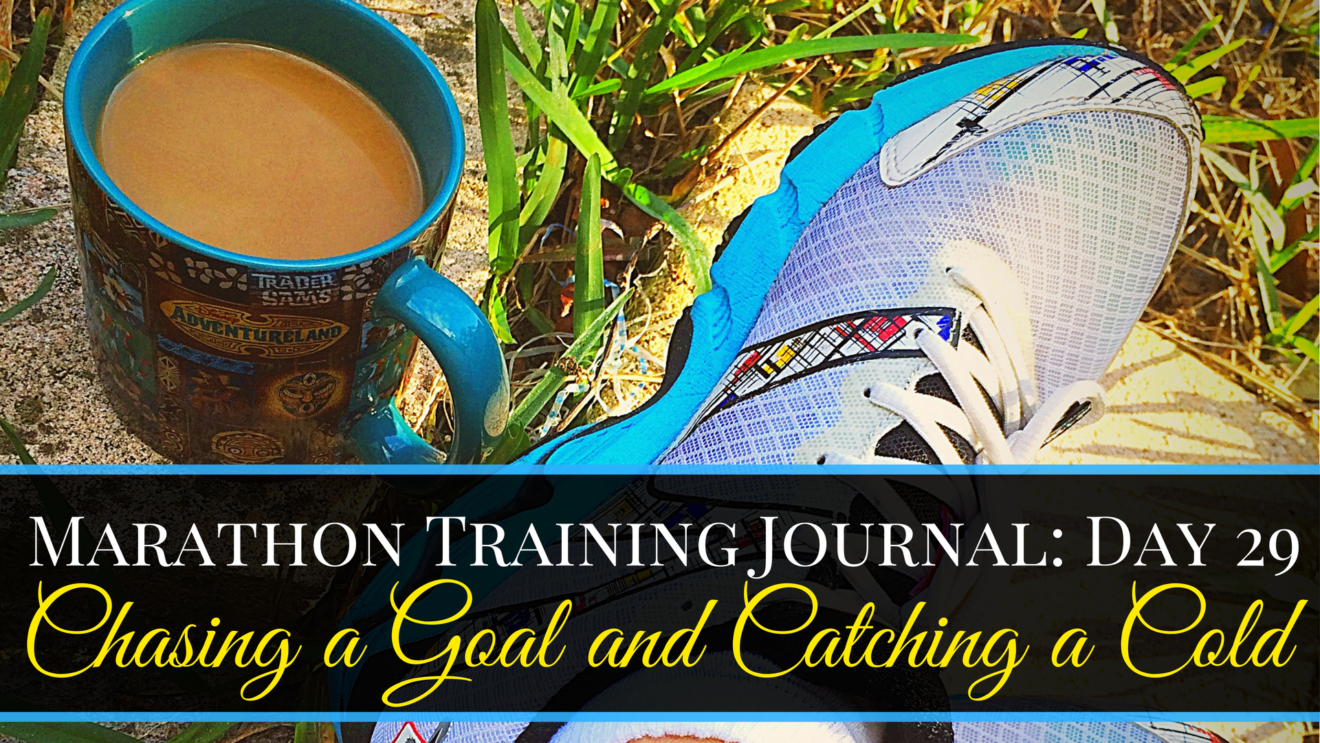 I woke up feeling like crap this morning. My head hurts, my throat is sore and and my nose is stuffy. I was feeling pretty miserable when the alarm went off. When I was playing with the dogs yesterday afternoon I also did something to my ankle. Thinking back to when I got into bed last night, I wasn't feeling particularly great.

Can You Run When You Have a Cold?

I am not going to answer this because there are so many variables and I won't give advice on it.

What I can tell you is how I assess whether it's safe to run.  If the cold is above the shoulders, not in my chest and doesn't come with sore muscles in my body, then I deem myself clear to run; if I want to run.  I could check all these boxes this morning.

Being in such a habit of getting up and dressed without thinking about it, there is usually a bit of a delay in getting to the point where I realize I need to assess the situation.

I Am Up and Dressed Anyway

So we have a teenager. She has to be up by 5 am to walk to get her bus to school. I make sure she is up when I leave because I am certain we would regularly have to explain late arrivals and absences.

All I wanted to do was go back to bed, but I thought I'd just do an easy run for a few miles and come back, shower and get some more sleep. I've run with a cold before. Somewhat typically, I ended up getting sick a week before my marathon in January. I totally blame the taper for that!  Yet that last week before race day I had some pretty amazing runs and felt great – while I was running. Half an hour afterwards was a different story, but it was more effective than cold and flu medicine.

Give It an Easy Three Miles and Go Home

That was the plan. I ran slowly; at least 30 seconds a mile slower than my usual easy pace. Somewhere during those miles I must have stopped feeling quite as bad because I ended up on my usual route away from home. Not wanting to push myself if my body needs the rest – which I'm sure it does – I took a turn on the loop to head back.

I realized by the fourth mile that I was feeling pretty good. Mile five felt even better and I ended up putting some effort into the last few miles. I did still cap the run at seven miles.

This is the thing when I run with a cold. I start to get this false sense of feeling fine and it's hard to tell if I'm doing myself a favor or making things worse.  There's not point being silly about it and I realized that a bit of runner's high might be influencing me so after getting home, I made a decision not to do anything else physically demanding for the rest of the day.

My run today was kind of weird.  The first few miles and the second half of the run felt like two completely independent runs. It kind of didn't even feel like the same day.

I still felt yucky in the early miles, although better than I was when I got up. What was strange was how it all came together just over the halfway point and I felt so alive.  I wonder why that happens. 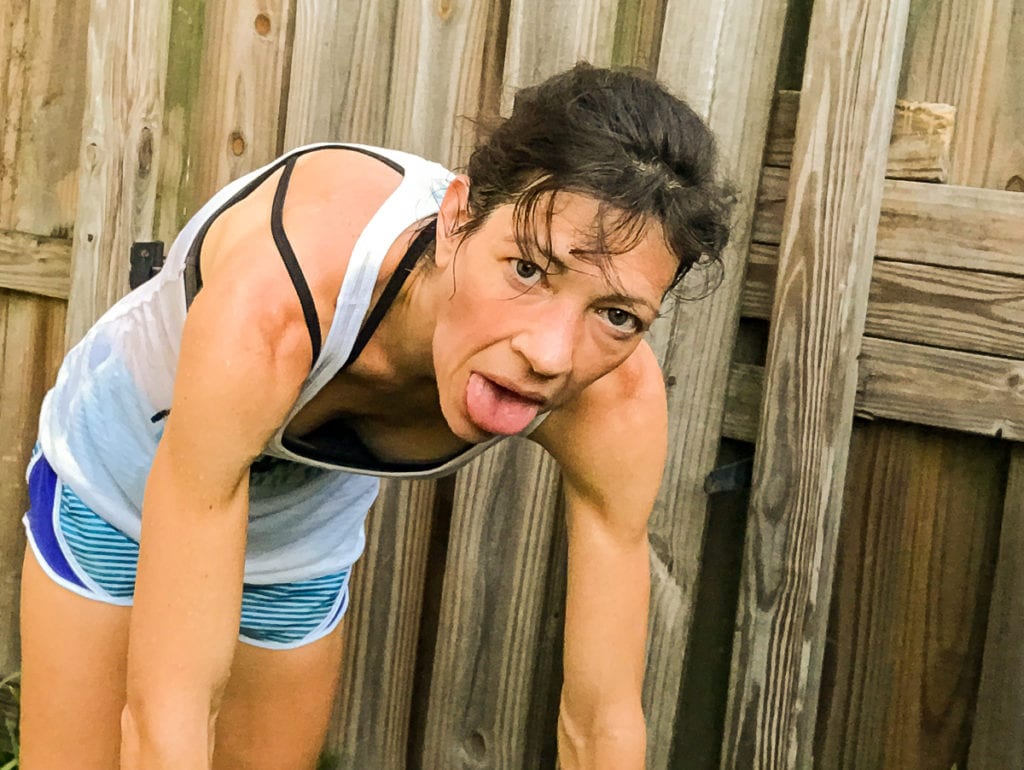 First half of the run: I don't wanna be a runner anymore 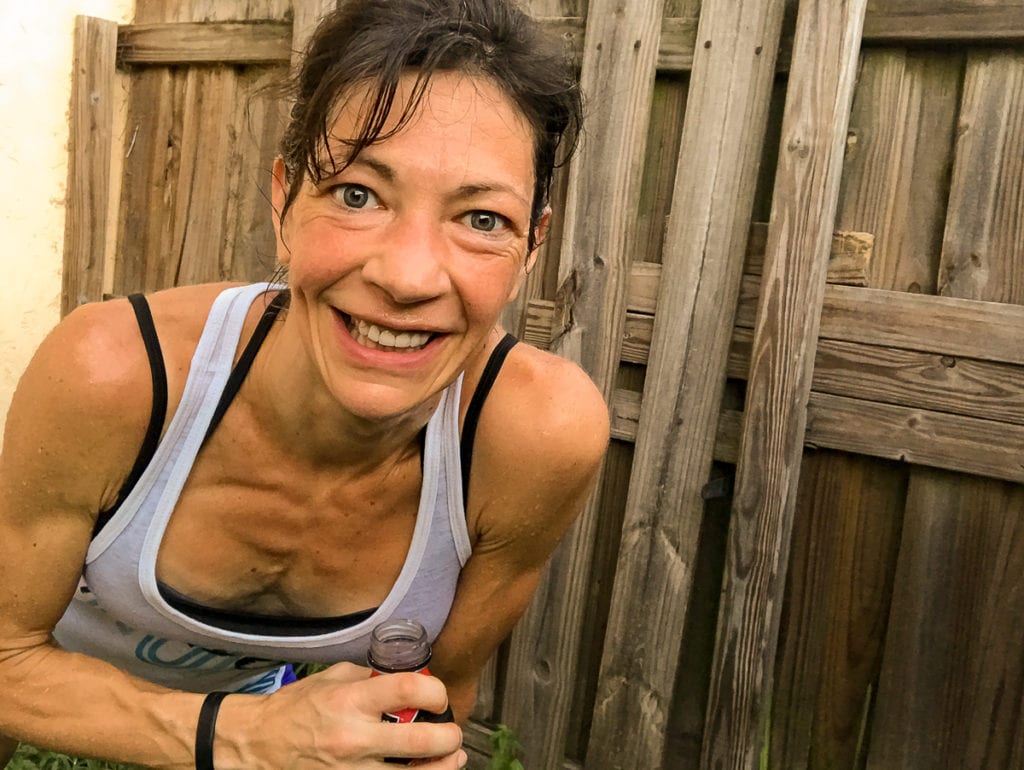 Second half of the run: This is awesome! Do I really have to stop?

It's hard to resist the urge to over analyze things like this, but I had to stop myself from wondering if some of it was in my head.  Half an hour after getting home I was having coffee (yes, I still drink coffee even if I'm not feeling well) I suddenly felt loaded with the cold.  Sometimes I wonder if I try to figure too many things out about running during training.

Does everything really have to have a reason and an explanation? I'm learning to shrug things off if they don't threaten to be life changing. This is the stuff that can really exhaust the mind during training and it's way too easy to get into an overthinking habit and disguise it as problem solving.

There are advantages to working from home. To an extent, the office is portable. I made it portable to bed, constructing an impressive next of pillows and blankets, and moving my laptop and anything else I needed to a comfortable place. The hardest part about working like this is staying awake!

I didn't have much appetite, which bugs me a little because I am always aware of the need to keep my energy stores topped up. So coffee was my comfort and I survived until about 4 pm before falling asleep for a little over an hour.

There was no evening run. That's fine because I am cutting back a little on the mileage this week so the plan was not to run this evening anyway.

The strange thing about having a cold when I'm training is that the forced rest sometimes does me more favors than harm and it's an excuse to do less and sleep more.  And of course, there is always a glass of wine to open up the sinuses. And it makes me sleep well.

I will see how I feel in the morning and take it from there. I am in week five. It feels strange. I don't know where this month has gone, but it disappeared really quickly!