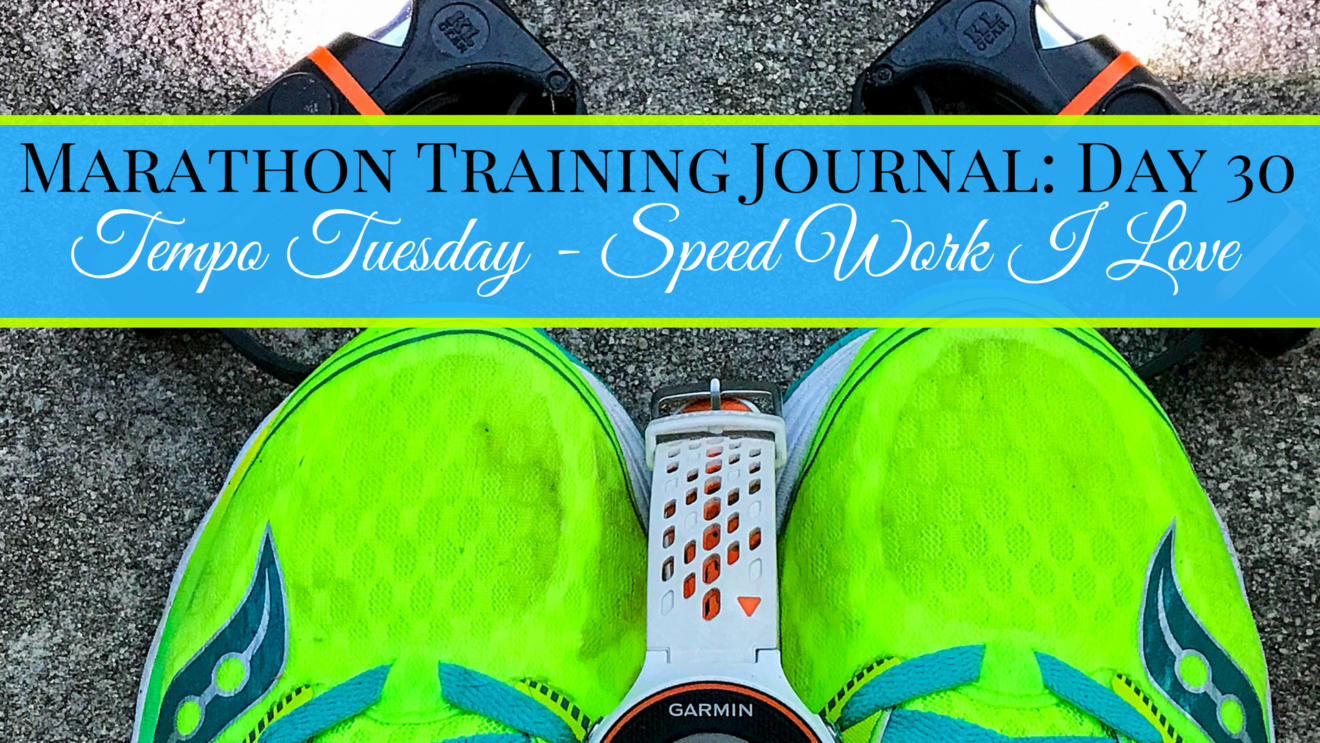 Tempo runs. I really like them.  This is surprising, given my intense dislike of any speed sessions, but there you have it: the exception to the rule.  Now a tempo run wasn't actually on the plan for today. I changed it …. from intervals.  Go figure.

The cold symptoms were impossible to ignore when I got up this morning, and I toyed with the idea of seeing how I felt after the warm-up before making a decision about whether to run at all.  But I had to run.  My new Knuckle Lights arrived and they would have been sad sitting on a charging dock, unused. 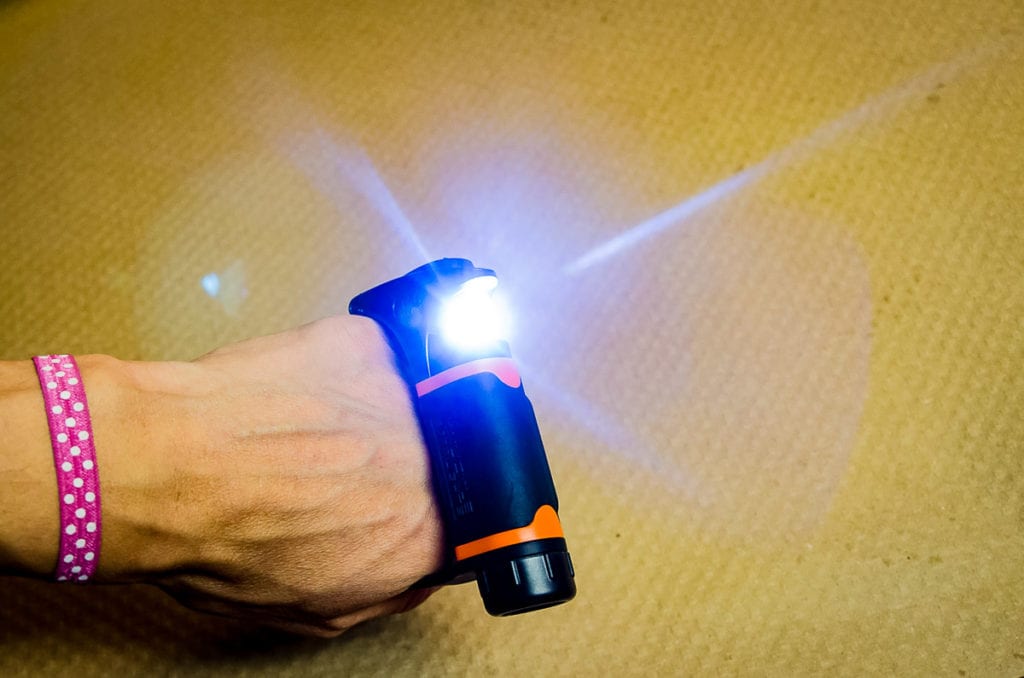 I Messed With The Program

Yes, I did and I don't feel bad about it.  After my warm-up I felt really good. My head didn't hurt anymore and I felt fresh and ready to run. I was in the mood to put a bit of a kick into my pace today.  I should have done intervals. The alternative on the plan was a progression run. I like progression runs but I did that last week and a tempo run felt like a good idea today.

It's fine to modify the plan. The purpose of today's workout was to get a speed work session into the week. I understand that.  A tempo run is a speed workout and I'm going to give it my best shot.

It's so easy to get locked into what you see in your training plan and feel like missing or changing one workout is going to totally derail your race day. If that is true, then why can't I just do one great run and totally crush all my goals for the marathon? It doesn't work like that. So I'm not going to fret the fine print here.  I trust my training. And I also trust my body to tell me when it's ready for something. I'm cashing in on the opportunity. The worst that can happen is that it all falls apart and I get to try it again next week.

Tempo Runs Are Not All The Same

So here's the thing.  How do you decide the pace for the comfortably hard effort segment in the tempo? Well, I looked at the distance I'm likely to cover. It's going to be between nine and ten miles. I know that I need a few miles before I get into it. I want to hold the tempo pace for around six miles.  This is stuff that I figured out in my head during the first few miles.

There's no way I'm running five or six miles at 10k race pace. I just don't do that. So that leaves me with marathon pace or half marathon pace. I'm going with the easy one today so goal marathon race pace it is.

When The First Few Miles Are Good, I Never Know What To Expect

Being slow to get into a run is perhaps my body's way of protecting me from burning myself out too early.  I wonder if some of it is just the way I've conditioned myself to behave on a run.  I was pretty zoned out at the beginning of this one because I only had to focus on pace for the tempo portion.

Only when I got back did I notice that those miles weren't as slow as I thought they were. My legs must be feeling fresh. I have no idea why, but I'll take advantage of as much fresh as they want to offer.

Getting a Feel For The Right Pace

This can be tricky and some days it's easier than others.  The goal of a tempo run is to resist the urge to go faster, but also push yourself if necessary to hold that pace.  If I can't hold the pace for the full number of designated miles, then I'm either having a bad day or I need to review the pace I'm using as a guide.

One of the disadvantages of not having access to a track is dealing with hills and other things that can interfere with an otherwise even pace.  On the plus side, this is a much more real-feel approach if you're not running your race on a track. And trust me, you could not pay me enough to run 26.2 miles on a track!

The first couple of miles of my tempo run were on a gentle, but steady incline. That means I deliberately ran them just a little slower.  It also means that to break even, I had to run a bit above my marathon pace once the terrain evened out. This is all good practice for race day. Just like weaving around runners in the early miles or dealing with water stops, I have to skip over uneven paving stones and often take little loops to avoid stopping to wait for someone backing out of a driveway.  To me, this gives a more realistic form of preparation for an event.

Why I Love Tempo Runs

A tempo run is a pretty hard workout. I like the challenge, but I also love that it doesn't take everything out of me. It pushes me near to the limits of my comfort zone, but it doesn't hurt.  Running without having to stop or walk for recovery is so much nicer too; unlike the short, hard effort sprints that don't win any votes from me for popularity. I also really like being able to find a pace and just stay with it. None of this watch-checking and thinking about how much time between intervals.  Tempo runs are awesome.

I totally forgot that I wasn't feeling well today. During the run, I felt wonderful. No irritated nose, scratchy throat or headache.  At least, if these symptoms were there, they went by unnoticed by me.  Running makes me feel good, even when I'm not well.

So here are the results. They are never perfect. I don't care about perfection, I care about attitude and effort and I'm very pleased with them. Please don't pay too much attention to the actual pace numbers. The important thing here is consistency and given the incline on miles 4, 5 and part of 6 and the level area to catch up on 7 and 8, my effort level felt pretty consistent. 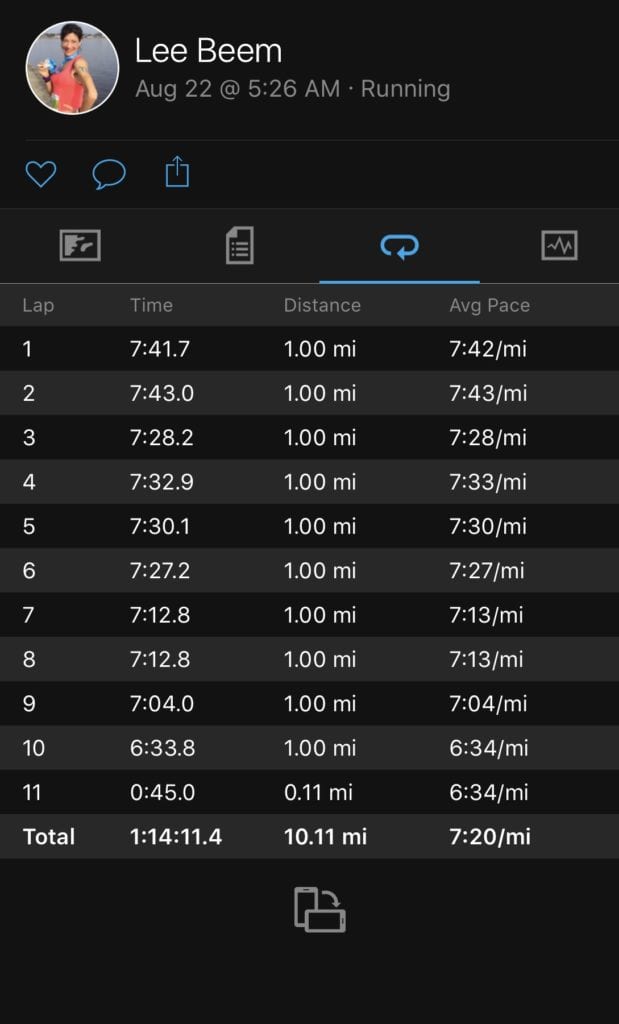 I can also explain Mile three.  There was no traffic and a cyclist who saw me coming hit the pedestrian light for me (I love the early morning die-hards … we all look out for each other) so I should have had a clear path to cross with all traffic stopped and the walk light lit up as I approached.

There were barely any cars there so early anyhow, except for some idiot who blew straight through a red light to make a right turn and then hit the brakes to ask if I had made a ‘rude gesture' at her. I confirmed that I had and gave her a plain English interpretation, feeling pretty ticked; which usually makes me run faster as I conjure up ideas as to my desired fate for behavior like this.

I got a grip on myself and steadied to where I was supposed to be. I wasn't willing to give her a ride in my head for the rest of my run that was feeling so good.

As for the final mile or two, I like to end off with a fast finish. It's a good test on how my pacing has been for the rest of the run. If I am struggling on the last couple of miles, it means I totally drained my energy reserves and didn't execute the run smartly.  Again, I was happy with this. 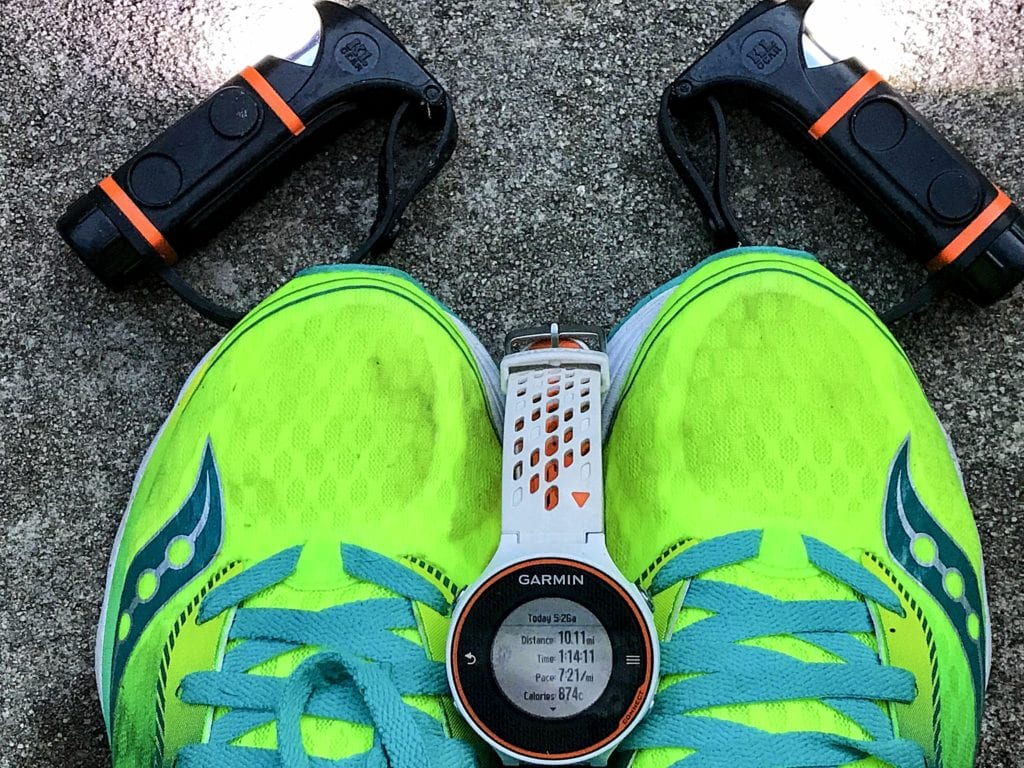 I hope I'm starting to get better. It's hard to tell if I caught a cold from a bug going around or if I'm just tired and putting pressure on my immune system. It doesn't really help to figure this stuff out right now because it's too late and by next time, I would have forgotten so the lesson, if there is one, is just going to be a repeat.

I have no plans for tomorrow's run. I'm going to go by feel and see how it goes or if I am going to go out at all. I am pretty laid back about this week. No point pushing if I'm not well and need recovery time and it also conveniently keeps me in check because after slipping up with my reduced mileage last week, this week needs a cutback anyway.

Tomorrow will tell its own story.