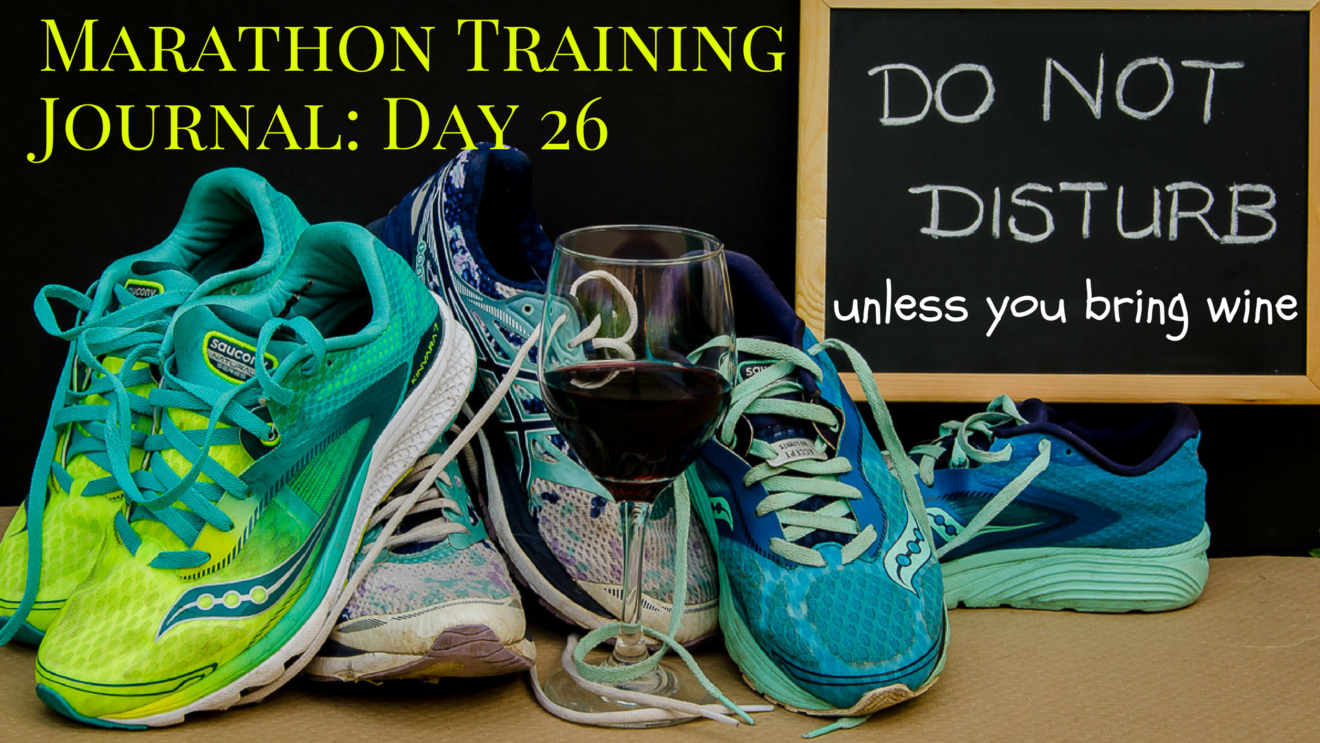 I had a relaxed, slow long run day today. You know; my favorite day of the week.  I also like it because it precedes a rest day and after six days of training, I'm ready for my down time.  Don't text. Don't call. Just bring more wine. My legs are heavy and tired, but I'm going to love my run today. There is something to be said for ending the week with your favorite run. You actually will it to go well, no matter what.

Preparing for the Slow Long Run

The goal for today was all about distance, not speed.  Besides, I worked my butt off with speed intervals yesterday and my hamstrings won't stop reminding me about it.  It always gets me in the hamstrings and calves and being pressed for time last night led to a bit of a rush job with the foam roller. You know what it's like when you just need to check something off the list with a sense of duty.  That's pretty much what I did.

My target distance was slow paced 15 miles.  That didn't bother me at all. I can run that distance. The bigger challenge was staring at the dimly lit kitchen at 4:40 am and wondering what I could grab for calories that wouldn't make me sick.

I go out on empty for my runs. As long as I'm hydrated.

Once I hit fifteen miles, that's my trigger to think about food; something I usually plan at the very least, the day before. Clearly I was standing here, barely awake, contemplating this for the first time. Fruit juice would have to do for today. I also mixed up a half portion of Hammer Heed drink, which has electrolytes and some calories and sucked in the whole thing in a matter of seconds.

The whole run felt pretty good, but it was hard to ignore the heaviness in my legs. That's not surprising. I thought I had reduced my mileage a bit for this week, but it looks like I clocked up a few more than I thought.  I'm OK with feeling a bit sluggish if I know the reason why. It makes it easier to just roll with it and I actually enjoyed my slower pace.

My Asics made the cut for shoe choice today. They are really comfortable, but heavier than the others I've been running in and I have started using them as a way to keep my paces in check. Turns out I didn't really need them. My tired legs did the work on this blissful, slow-slow long run.

I also tried out a different section of my route. It worked well today, but it's not something I'll do at this time of the day again. By the time I got there, everyone was getting out to work and school and there was way too much pausing to check for traffic.  It wasn't dead stops either; most of them were just places I had to slow down so that I could see in all directions, but it would have annoyed me if I had been on a roll today.  It's good to know for future runs though. Hit that section early or save it for a chilled out running day.

Later in a run when I'm starting to feel tired, stopping and starting gets harder because I find it difficult to get back into the rhythm of the run after a stop.

Being the Boss of My Schedule

Last night I squeezed in a second run and when I checked against the previous week, it showed that I hadn't run the night before my long run. That's something I will note for future weeks.  I might also have to reassess where my speed days are in relation to my long run day, since those are harder workouts and take such a toll on my body.

This is the whole point of training. There is more to it than just preparing for a certain distance or working on a target race pace.  This is the time to safely make mistakes and have the time to analyze what can be tweaked to iron out the creases that inevitably arise over the months of preparation.

Even our teenage daughter has started to get it when she asks how a run went and I tell her it was hard work, or didn't go quite as expected. She used to look disappointed and feel bad for me. I get that it must sound like a weird point of view, but really, if stuff goes wrong, where do I want it to happen?  I pick training over the race.  Actually I expect stuff to go wrong in training so that there are fewer possible surprises for race day.

Don't Be Afraid to Shuffle

So I might be shuffling some days around, but I need to have a good look at the past few weeks and identify any patterns.  That means checking food, sleep and if I got lazy about eating on any of the days before a rough run.  This is one of the advantages of keeping a journal.  You might think you'll remember a particular run, but over the course of almost four months, it has to be pretty spectacular to stand out. There are a lot of miles on the road before a marathon!

I decided that 13 miles would do for today. It wasn't that there was a problem with doing the full 15, but I don't need them as a confidence boost and time was not on my side today. That wasn't a good excuse, but then I wasn't trying to make excuses. The miles I ran are more than sufficient for this stage of training. Also, as I pointed out, the so-called cutback week somehow logged just shy of 75 miles somehow and the plan had been to cap it off under 70.  It's not a big deal, but I'm pretty much done for the week.

I still got back with a happy face, feeling good. But I feel even better knowing that I get a day off. Honestly, this week my mind is tired from all things training related.  It's like I don't want to have to think about it, not that I don't want to do it. 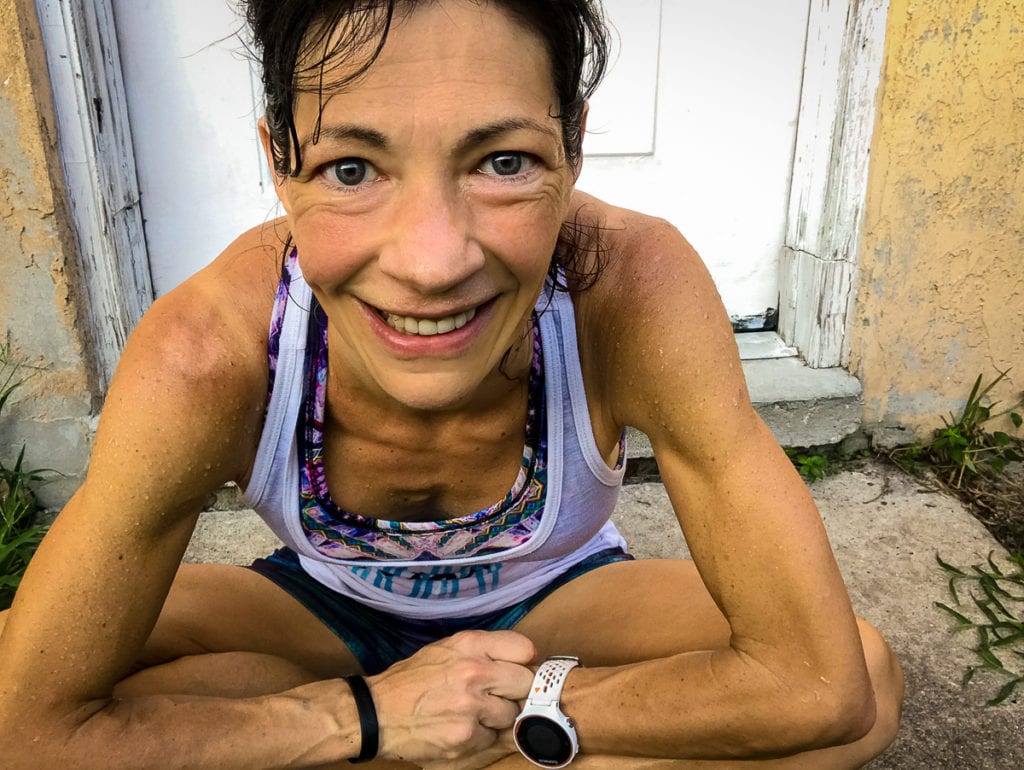 I'm recharging with Cabernet tonight and sleeping like a teenager tomorrow. Cheers to the slow long run. It's still my top pick.

Physically, I'm feeling pretty good this week; especially knowing that I plugged quite a lot of running into the last six days. Mentally though, I want a break from thinking about it.

Sunday is a Virtual 5K and I'm doing that with my daughter who has just completed a beginner running program. I'm so excited to be part of someone's first run, and because she's family, it's even more special. So Sunday's run(s) are going to be a little different. There will be photos! 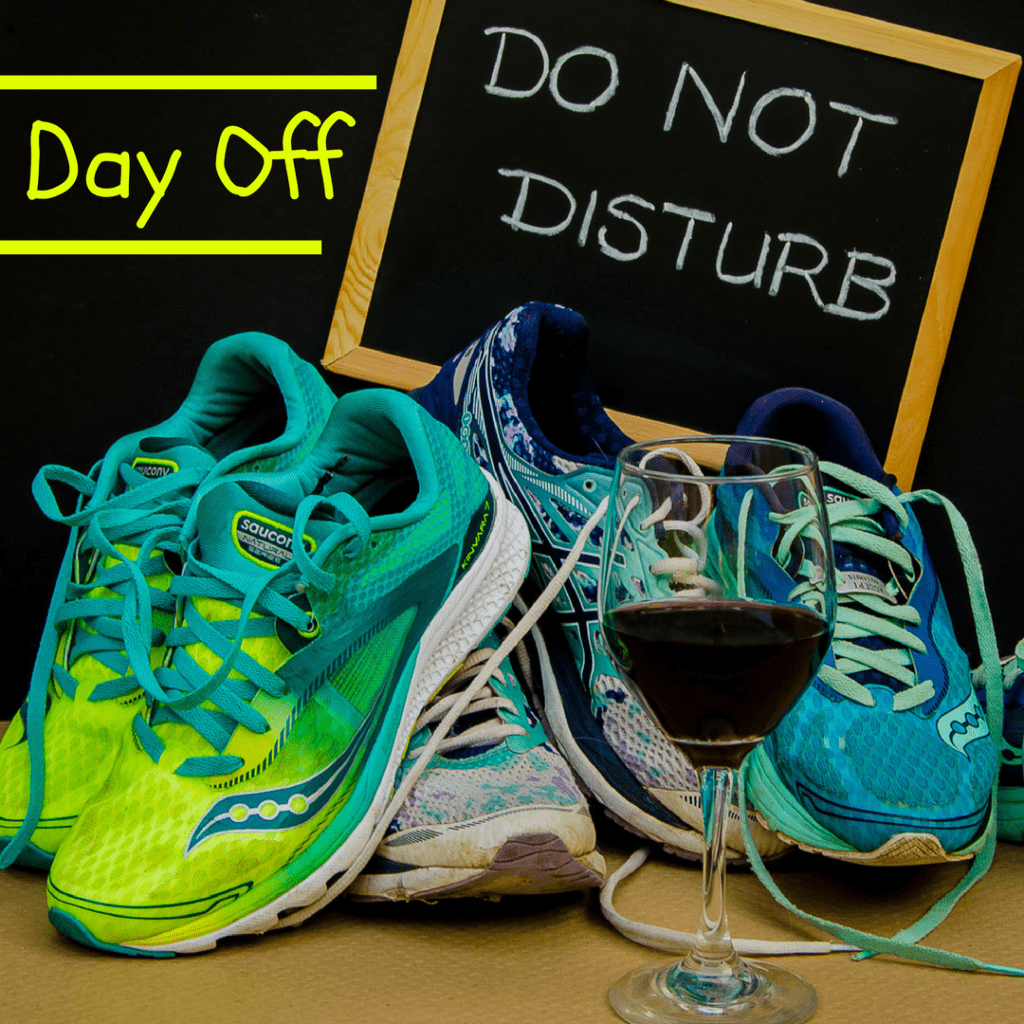