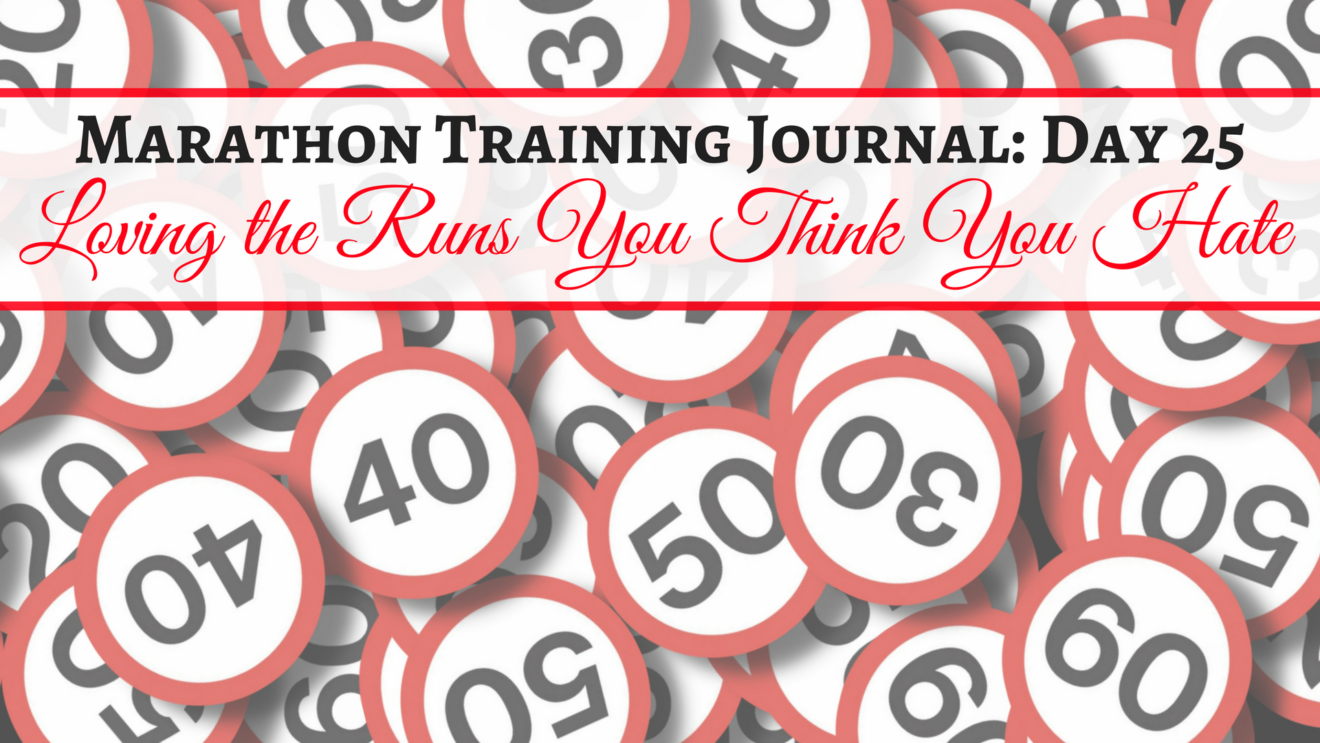 After a good night's sleep, I woke up feeling like a million bucks.  Is it that simple? More sleep can do this?  If you've been following so far you don't need to be told I dislike speed intervals. Today was hill repeats. I don't mind hills. The advanced option on my training plan was to trade the hills for staggered speed intervals with a focus on mechanics.

I chose intervals. This sleep must have put me on a high or made me irrational. Yes, I actually chose, of my own free will, to do intervals.

Don't Burn Out on the Early Miles

This is not usually a problem for me. I knew I had to exercise some discipline to stay slow and steady until I was ready to start. Fast bursts really take a toll on my body and too much, too soon, is a recipe for disaster. And I feel it the next day (or two or three).

I was a good girl and controlled my pace for the first six miles. It felt so good. As I cruised uphill towards the asphalt trail where I wanted to do my speed intervals, I prayed that I would feel this good on my long run tomorrow. Less than half a mile to go and I have to start picking up the pace. Suddenly I kind of regretted that it wasn't just an easy run.  I was feeling really good and getting very comfortable in my cruise mode.

If every run felt like this I would have no inclination to work on getting faster or anything other than just running and feeling great.

There's a drinking fountain at the start of the portion of the 3 mile section of the trail I wanted to use. Actually, there are a few of them. It's the City's gift to Florida's summer runners. Beware after 9 am though. That first spurt of water is hot enough to brew fresh coffee.

It was still dark and while the water was not remotely cool, it wasn't going to burn my face so I took a sip and rinsed my mouth out.

These speed intervals had a twist. There were two sets and they were structured like a ladder, starting at 2 minutes, then 90 seconds, 60 seconds and finally 30 seconds. I had to focus on good mechanics so it wasn't all about going as fast as possible. If my form falls apart, it's not a success.  That's fine. My brain is actually alive this morning.

I made a conscious effort to use the lap button on my watch today. Pace is second to mechanics in this workout, but I love consistency and that's usually my goal. Unless there is a scale where I have to increase my effort level progressively, but that's not the case with today's workout.

The first one felt hard. It always does. The second one was shorter. The rest periods between each are equal to the interval you've just completed. I used a walk/slow jog recovery. The second one felt better. Interval three was better yet, although I was starting to tire out a bit. The final 30 second burst left me totally finished, and I took a complete break where I stopped before turning around to go back.

When I reached the one minute speed interval on the second round the end was in sight. Only one more to go. Let's do this.

I gave it all I had. I mean, like everything. It's only a minute – literally. A man was jogging toward me going in the opposite direction and he lifted his hands in the air and yelled, “Holy crap!” and a few other words.  That's it. I am so hot today I'm on fire. Call the fire department to hose the blaze I'm leaving behind me.

Pull Over, You're Speeding

I glanced at my watch as I hit the lap button to reset the next lap. It's impossible to look at a watch during an all out effort like this. Well, it is for me. The screen flashed up numbers on the display. I looked again. Lap number (whatever it was): 4:40/mile. I am not a sprinter. I've never had super fast paces. It was only one minute. Not a mile; a minute.  But it was mine.

Last speed interval and it's 30 seconds. Can I beat this? I made sure my heart rate and breathing had calmed down as I got ready for the final speed interval. Half a minute; just half a minute. I was talking myself through this, but already on a bit of a high, mixed with some disbelief.

I counted down in my head like it was some kind of race and took off.

My mind was trying to motivate my burning legs with amusing thoughts of fire trucks behind me. I saw flashing lights.  Have I died? Nope. I'm just damn fast. I knew it!  Firetrucks are coming to save the asphalt behind me.

Oh, wait. It's blue lights. I'm going to get a speeding ticket. The lack of oxygen to the brain was starting to become evident.

Your Tail Light is Out

A Highway Patrol car had pulled into a little intersection I had to cross. I had completed my final interval and hit the lap button on my watch again, It flagged up a 4:24 pace. Remember, that is only 30 seconds. Not a mile, or even half a mile.

I looked up as I walked towards the curb, now a bit more rational and realizing the car was not there for me. Then why was the officer waving at me. I glanced around. It was still pretty dark and there was nobody else around.

“Good morning!” he called from his open window. I greeted him as I tried to catch my breath. Maybe he thought I was up to no good and running away from something.

I got right up to where he was, still not sure if he was there for me – which didn't make sense.

“I love that you run with good lights on,” he said. “But I notice that you don't have one on the back of you and you were pretty hard to see from behind.

Wait, what? I was smokin' fast, exceeding the speed limit and he's stopping me because my tail light is out?

He was really nice. The battery in my light had died. I should have noticed, but I didn't.  The officer wanted to make sure I was safe and I appreciate that.  But I would be lying if I said the half minute of fantasy about being a super fast sprinter didn't give me a kick.

My speed intervals were complete and I loved them. I felt really good and the silliness of the whole story that had played through my imagination as I made myself feel good started to entertain me for the last couple of miles home. They were easy miles, but I ran them faster than it felt.

Life is good. Sleep is great. And there are some wonderful people in this world.

How Do You Motivate Yourself

Running time is thinking space for me. It may be one of the reasons I don't want to be a slave to my watch or time. I started to think about how a silly and amusing fantasy gave me the rush to run harder without feeling like I was dying. Don't get me wrong – it felt close. But I didn't hate it. I wonder if I dislike being uncomfortable because I've got comfortable disliking them. It gives me permission to make excuses because it's not my thing.

Look, I know speed is not my thing. Distance is where my passion is. But do I really need to make such a big deal about how hard speed workouts are? How much of this attitude is pre-programmed by me? I don't know the answer, but it did get me to run a quick attitude assessment.

There is more to my mental block about speed work. That's another post and another story; the one about why I refused to run. I'll get that one up another day. But today was good. Actually, it was great. If all it takes is some extra sleep and a better attitude, I need to do this more often.

It's Speed Interval Day and I feel fine! Yes, I am feeling pretty darn pleased with myself.

It's a Good Day for a Double Run

I had way too much energy left at the end of a very busy day today. I got home after my morning run, which topped off at 10 miles, to discover that we had a gap in the six foot wooden fence. We have three dogs, two of which are puppies. So it was maintenance and repair time replacing boards. My husband glanced at me as we wiped our sweaty brows and asked, “How the hell do you run in this?” I don't know. Perhaps you get used to it.

I had dinner in the oven. Storms had swept through late in the afternoon and the clouds gave a welcome shield from the blazing summer sun. I had about 45 minutes and I knew how to use it. A quick four mile spin around the new section of the trail would still bring me back in time to run through the shower and get dinner served.

Let's do it!  So I did.  I vowed to myself that I will get more sleep in future. I forgot how good it feels to be properly rested. Of course I've already fallen off of my plan. It's late and I have a long run tomorrow and I'm not going to get enough sleep. Please keep me in check. I want more days like this.